Never Say Never! The Impact of Felonies on Professional Licensing 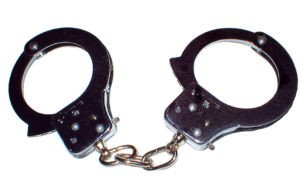 There are 41 professional licensing boards in Missouri that oversee the licensure for professionals seeking a license to practice within the state. These boards are charged with granting or denying licenses to individuals based upon the statutes, rules, and regulations that set out the qualifications for practicing within a profession. Even though this board has authority over professionals’ licenses, their authority is still subject to the over-site of the Administrative Hearing Commission and the Courts. The board’s decision, in any case, isn’t necessarily final so long as you timely respond and preserve your right to appeal a decision you don’t like.

First, keep in mind that the board’s initial decision to not grant a license is NOT a final decision. This has proven true, even if the Administrative Hearing Commission itself isn’t convinced that the public would be served by the granting of a full license.  The case of Missouri Real Estate Commission v. Held, WD81769, is illustrative.

William L. Held had an impressive criminal history. By October of 2015, at only 41 years of age, Held had 21 felonies, including unlawful possession of a weapon, drug possession with the intent to distribute, drug trafficking, stealing, and resisting arrest. Held was also admittedly a recovering drug addict. After serving time in the department of corrections and while still on probation, Held applied for a license with the Missouri Real Estate Commission in October of 2015. The Commission denied Held a license finding that he lacked the requisite moral character to conduct the business of a real estate agent “in a manner which protected the interest of the public.” Held sought a review of the license denial with the Administrative Hearing Commission. At the hearing in 2017, Held presented testimony regarding his history of struggling with addiction to pain medications following a college football injury. Held told the AHC about his participation in treatment programs during his incarceration and his continued participation in weekly Alcoholics Anonymous meetings. Held professed to have accepted responsibility for his criminal behavior and wrongdoings and a desire to improve his life becoming a productive member of society.

Following the hearing, the AHC issued an unusual decision. Essentially, Held successfully convinced the AHC that he “is presently a person of good moral character.” In an attempt to give Held a chance to prove his continued commitment to sobriety, the AHC found that the real estate commission did have grounds to deny Held a license, but that the AHC had the discretion to grant Held a probated license. The AHC issued Held a license that would be subject to three years of probation including supervision that involved random drug screening. If you disagree with the decision made by a professional licensing board, do not delay in seeking the advice of an attorney. There are deadlines that will be strictly applied to your case. An attorney can help you understand your options, meet those deadlines, and may even convince or force the board to change its decision.